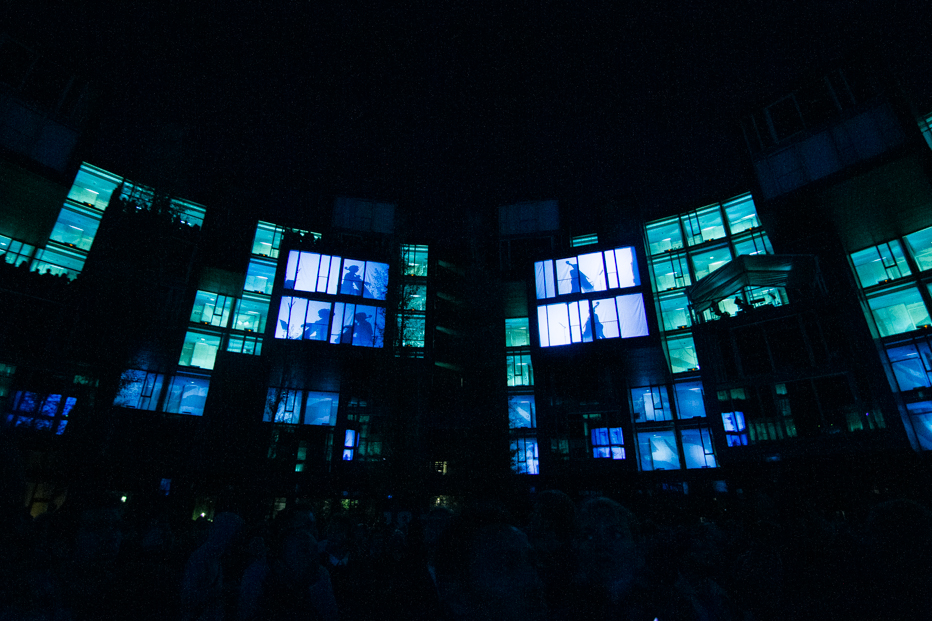 This week is the world premier of "Luminous" by Mem Morrison at the Norman Foster designed Willis Building in Ipswich as part of the Spill Festival of performance. An Album/Installation/Performance piece with 3D sound. The Album was produced and spatialised by Asa.   https://spillfestival.com/show/luminous/

Asa is currently starting work on a large scale spatial installation, due for completion in late summer 2016, details to be announced soon.

2014-05-01 Southwell Palace. Asa is installing a large spatial sound system as part of the renovation works at Great Hall at Southwell Minster in Nottinghamshire. The soundscape will consist of didactic information about the history of the Hall as well as sounds from the Minster and recreations of historical events. The launch date will be June 2014.

Strøm Opening Ceremony for Red Bull Music Academy (click here) an incredible evening of 360˚ sound, an entire building lit and played by the lighting designer Jakob Kvist.
Some Binaural renders of the recordings are available to listen too here:
https://soundcloud.com/asa-bennett/sets/spatial-mixes

Other large scale installations have included “Tales from the Bridge” a 350metre installation across the millennium bridge in London for the 2012 Olympics (http://www.atomictv.com/TFTB.html), the Red Bull Music Academy 3D Soundclash at the Albert Hall (http://www.youtube.com/watch?v=hQ363yEGQEs) featuring Ninja tunes and Warp records, and the 36 speaker Michael Clark install at the Tate Modern Turbine Hall (http://www.theguardian.com/stage/2011/jun/09/michael-clark-company-review).